The Exchange of Rings

Despite winning the Battle of Merlport there has been little celebration. Too many Avalonians lost their lives, too many were injured. However, the bond between those with magic and those without has grown considerably since defeating the marauding Trajaens.

The Avalonians have now formed a friendship with neighbouring Twydell, a country which once shunned magical beings. A marriage is to take place between Princess Jeanette of Twydell and Prince Steven of Kerner. All the leaders of Avalon have been invited to the wedding, but Esmerelda, Queen of the Witches, is reluctant to accept the invitation. News has reached Avalon that wizards are held in Kernan prisons and Esmerelda is understandably angry and wants to take action. Merlin tries to pacify Esmerelda and find a solution which will avoid more bloodshed. 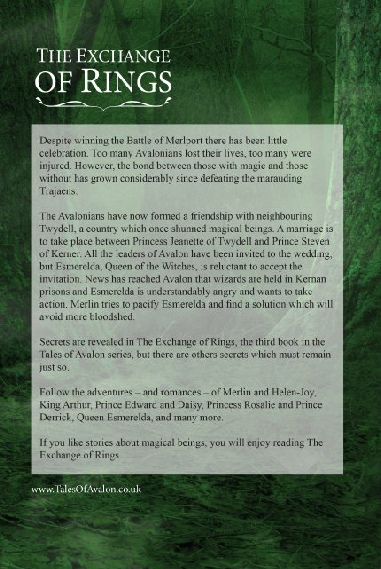 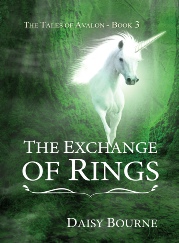 Secrets are revealed in The Exchange of Rings, the third book in the Tales of Avalon series, but there are others secrets which must remain just so.

Follow the adventures – and romances – of Merlin and Helen-Joy, King Arthur, Prince Edward and Daisy, Princess Rosalie and Prince Derrick, Queen Esmerelda, and many more.

If you like stories about magical beings, you will enjoy reading The Exchange of Rings.

The New Land is the first book in the Tales of Avalon series. It tells the story of how Arthur, magical beings, and other Britons, fearing for their lives, seek refuge in a far-off land. They hope their new home will be a place where magical beings and humans can live together in peace and harmony. Will the travellers find the new life they so desire? Well they certainly found a land full of surprise and adventure.

The Avalonians soon find that they have to form new and unusual alliances in order to protect themselves against an unexpected enemy. 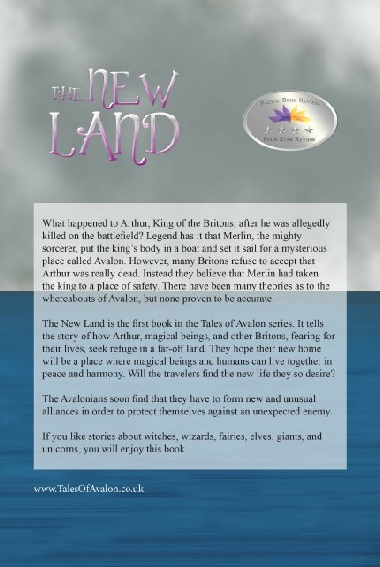 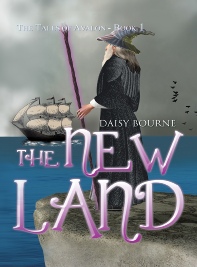 The Land of Twydell and the Dragon Egg

In this the second book in the Tales of Avalon series, Merlin takes a trip to the neighbouring country of Twydell. As he flies across the countryside on his broomstick, he is puzzled to see a long line of people leaving the capital of Dalton and heading towards the outlying villages. Entire families are leaving the capital. They look ragged and downcast and appear to be taking their possessions with them. As he approaches Dalton, Merlin is shocked to see billowing smoke, and realises that large parts of the city have been destroyed by fire.

The wizard learns that the devastation has been caused by a pair of dragons which have lived near the city for many years without any problem. King Frederrick is bewildered as to why the dragons should suddenly seek to attack the Twydellers for no apparent reason.

Merlin agrees to help the Twydellers, and he sets off on an unexpected adventure which brings him in contact with dragons and other strange creatures. He also renews his friendship with an old friend and is delighted to meet new ones.

If you like stories about magical beings, you will enjoy reading The Land of Twydell and the Dragon Egg. 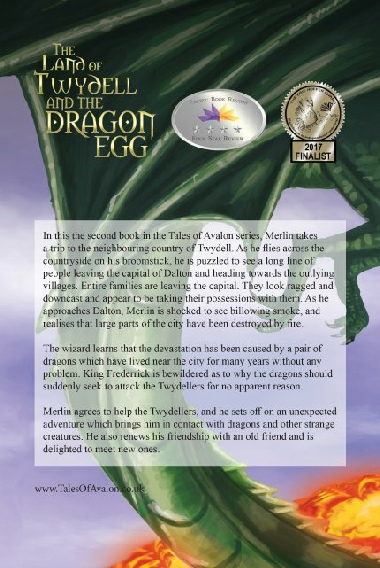 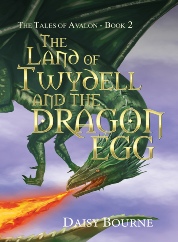 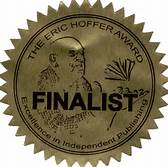 A Story Never to be Told

A Story Never to be Told, is the fourth book in the Tales of Avalon Series. What happened to Azgoose, the clever old witch, who created the clouds of goo which delayed the Trajaens at the Battle of Merlport? Although the Avalonians sent out search parties, she was not found. In A Story Never to be Told secrets continue to unfold. In this book we meet the Rabbart lll, the powerful King of Barrmin, and his family. King Rabbart rules all the former kingdoms and tribes in the northern lands. King Rabbart befriends Arthur and the magical people of Avalon.

He offers one of his beautiful daughters in marriage to Edward. Is Rabbart lll’s friendship with Avalon sincere? Will Edward remain loyal to Daisy, or will he marry a Princess of Barrmin to strengthen the alliance between the two countries? The answers can only be found in A Story Never to Be Told. 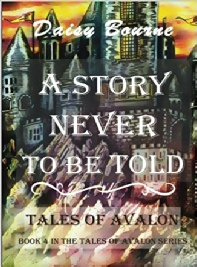 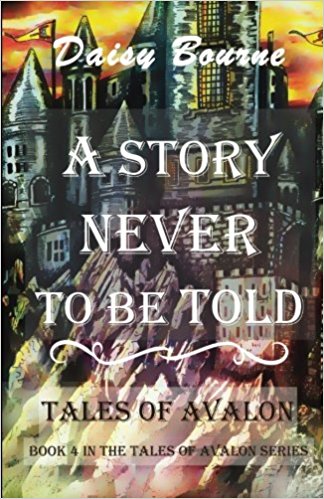 LENNOX'S STORY is the fifth book in the TALES OF AVALON series. It tells how Lennox, along with other magical creatures who fear for their lives in Briton, travels to Avalon. Lennox makes his way through Avalon to neighbouring Twydell.

On his extraordinary journey he meets new friends and many strange creatures. When at last he reaches his new home in The Forbidden Forest he is reunited with his old friend Merlin.

The pair set out on a new adventure to rescue the Goblin King. 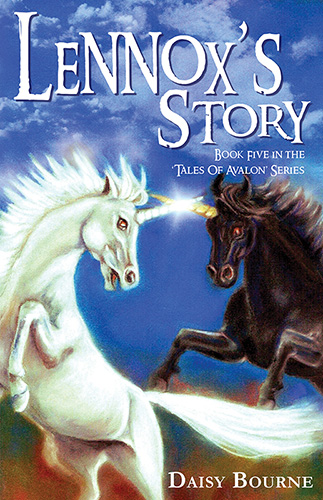 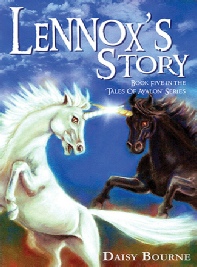 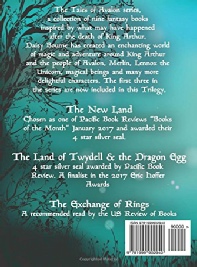 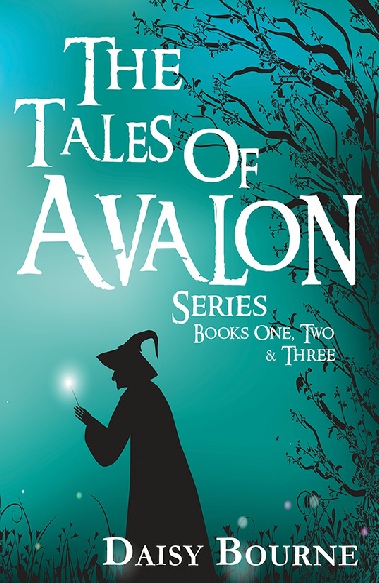 TRILOGY - The Tales of Avalon

The Tales of Avalon series, a collection of nine fantasy books inspired by what may have happened after the death of King Arthur. Daisy Bourne has created an enchanting world of magic and adventure around King Arthur and the people of Avalon, Merlin, Lennox the Unicorn, magical beings and many more delightful characters. The first three in the series are now included in this Trilogy. THE NEW LAND Chosen as one of Pacific Book Reviews “Books of the Month” January 2017 and awarded their 4 star silver seal. THE LAND OF TWYDELL & THE DRAGON EGG 4 star silver seal awarded by Pacific Book Review. A finalist in the 2017 Eric Hoffer Awards THE EXCHANGE OF RINGS A recommended read by the US Review of Books 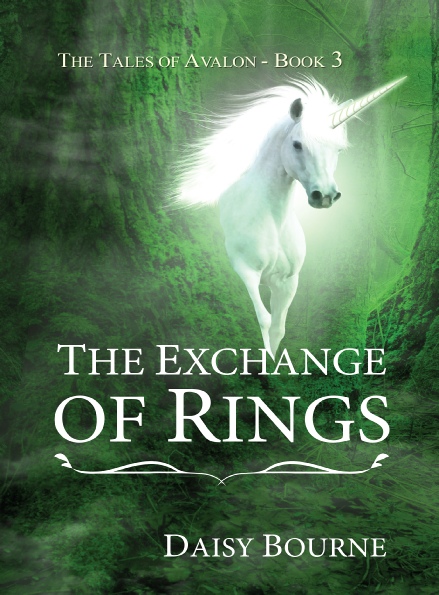 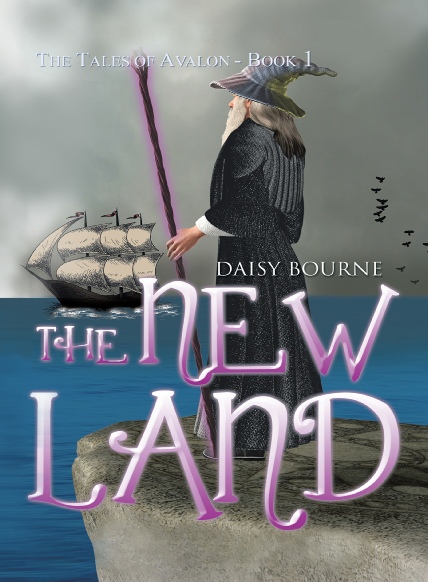 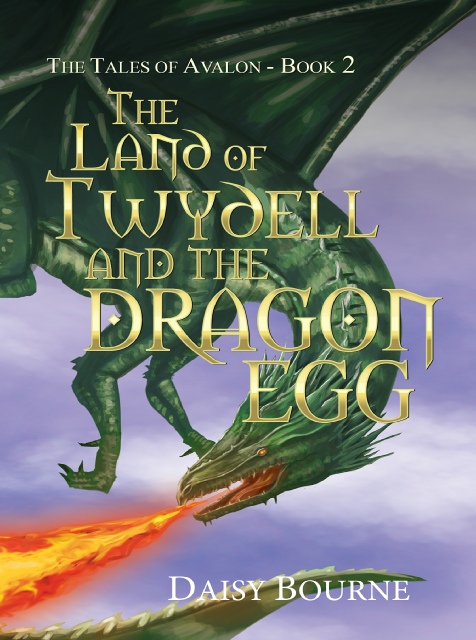 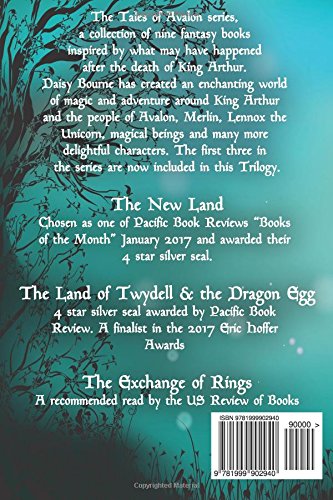